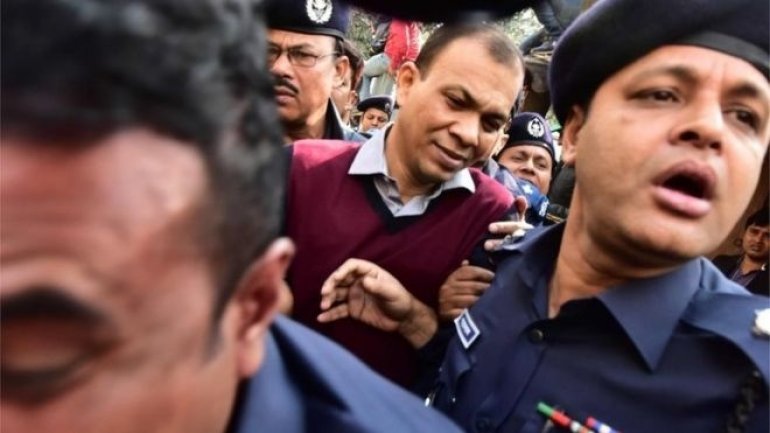 A court in Bangladesh has sentenced 26 people, three of them officers of an elite police unit, to death for seven politically-motivated murders in 2014, informs BBC.

The victims were abducted outside a cricket stadium in Narayanganj during a power struggle in the city.

Their bodies were found three days later floating in a river, their bellies sliced open.

Local politician Nur Hossain was among those sentenced to hang for paying the police unit to kill political rivals.

It's thought to be the first time members of the notorious Rapid Action Battalion have received the death penalty. One of the three officers, Tarek Sayeed, is the son-in-law of a government minister.

Many other defendants in the case were regular policemen.

Twelve of those found guilty were convicted in absentia. Nine others received prison sentences.

The killings caused nationwide shock and sparked a wave of protests.