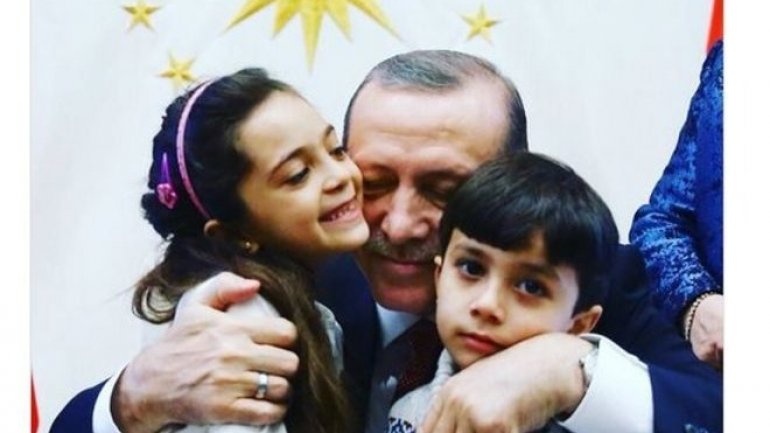 Bana and her little brother have been pictured sitting on Mr Erdogan's knee in the presidential complex in Ankara.

President Erdogan sent a special representative to Syria to collect Bana and her family after they fled east Aleppo, the BBC has been told.

Bana's plight came to light after she joined Twitter in September.

The account captured everything from the death of her friends to her attempts to live a normal life.