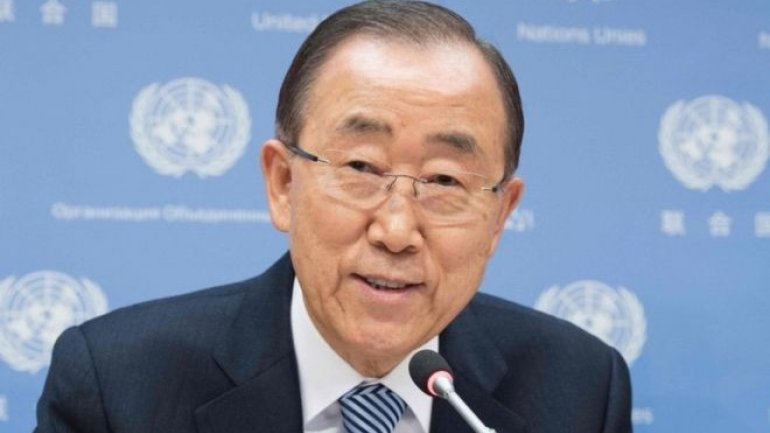 Mr Ban's younger brother and his nephew stand accused of offering money to a Middle Eastern official, through an American middleman.

They allege the two men bribed the official to use state funds to buy their building project.

He was succeeded by former Portuguese Prime Minister Antonio Guterres on 1 January 2017. Mr Ban is now being seen as a possible future president in his home country of South Korea.

Reuters quoted his spokesman as saying Mr Ban was unaware of the circumstances surrounding the allegations against his relatives.

Prosecutors say that in early 2013 the South Korean construction firm Keangnam, of which Mr Ban's brother Ban Ki-sang was an executive, was faced with growing debt and sought to sell a building complex in Vietnam known as Landmark 72.

In a 39-page indictment unsealed on Tuesday at a Manhattan courthouse, prosecutors alleged that he and his son Joo Hyan "Dennis" Bahn, a Manhattan estate agent, stood to make millions of dollars in commission on the sale, valued at up to $800 million.

Mr Bahn, who has pleaded not guilty, was released on bail.

According to the indictment, a $500,000 initial bribe was paid to US businessman Malcolm Harris who presented himself as an agent of the official, with another $2 million promised upon the closing of the sale.

But Mr Harris allegedly double-crossed Mr Bahn and his father and made off with the money. Neither Mr Harris nor Mr Ban Ki-sang have been detained.