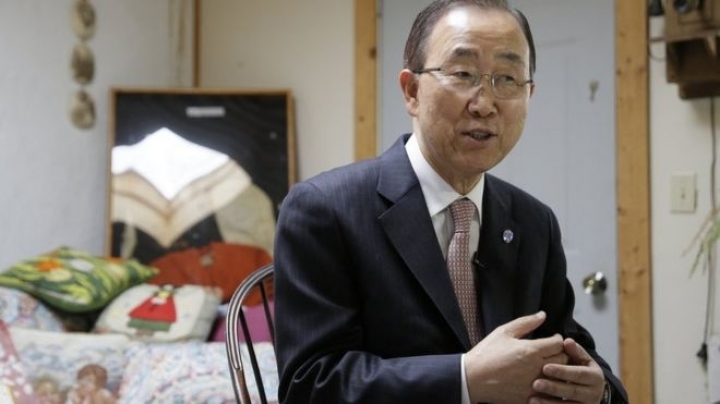 The secretary-general of the United Nations has said he would like a woman to take over from him, reports BBC.

Ban Ki-moon said it was "high time" for a female head, after more than 70 years of the UN and eight male leaders.

Of the 11 candidates in the running to take up the post, five are women.

The secretary-general must be recommended by the 15 countries that make up the UN Security Council and elected by the 193 countries in the General Assembly.

A new secretary-general is expected to be announced in the autumn.

By tradition the role rotates between regions of the world.

Eastern Europe and Russia, which have never had a representative hold the post, say it should be the turn of someone from that region of the world.

Candidates for 2016 come from Latin America, Western Europe and Australasia as well as Eastern Europe.

Mr Ban did not single out one particular candidate, but he told the AP news agency that there were "many distinguished, motivated women leaders who can really change this world, who can actively engage with the other leaders of the world".

Mr Ban said whoever takes the role should have "a clear vision for the world of the future" and commitment to peace, development and human rights.

He or she should champion the rights of vulnerable groups including women and girls, people with disabilities and people with minority sexualities, Mr Ban said.

"If not the United Nations, who will take care of those people?"

In polls, Antonio Guterres of Portugal, a former prime minister and former head of the UN's refugee agency, has been the favourite to take on the role. The highest-performing women have been Irina Bokova of Bulgaria and Susana Malcorra of Argentina, who have both reached third place in the rankings.

The candidates are, in alphabetical order: