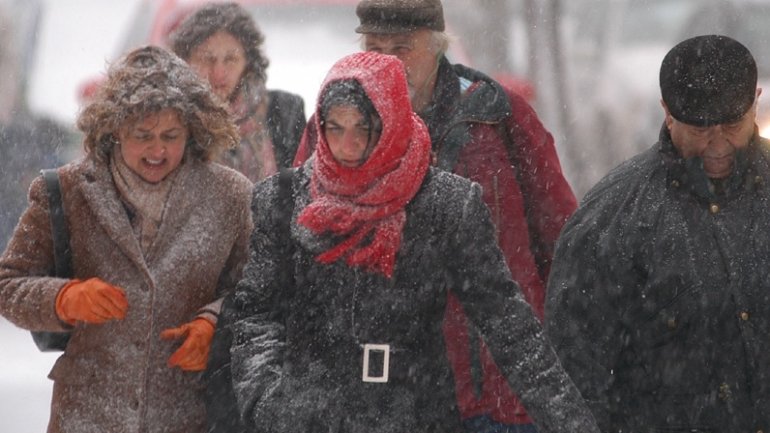 Hundreds of residents of Balti suburbs that work in the city had to get to their works by foot this morning.

They  were forced to cross tens of mile by foot enduring the cold because the transporter refused to work. The reason being that the Balti city hall, led by Renato Usatii prohibited the municipal buses to commune through the center of the city.

The residents of Parlita and Rautel from the district of Falesti have waited that the stops for about an hour but started their journey by foot when the bus did not arrive.

“I was late to work and I am recovering from a stroke. Should I be walking marathons, tell me?”

The local authorities prohibited the municipal buses traveling through the city center as a measure against traffic jams.

The route administrators are forced to make detours through the city, which is increasing their expenses and are being sanctioned when going against the new rules.

“I did not follow the new route! I got a fine already and if I get a second one what do I do?!”

“Lately they keep filing assessment records on all the drivers, some almost had their licenses taken away” , states Aurel Neghina, a route administrator.

The passengers are just as dissatisfied with the decision.

“We had people getting out at each stop. You can’t have a bus going to the train station and back”

“I want to have the mayor here. Let him come here and talk to the people, see what they say!”

The Balti city hall’s decision was put in place in 2015 and shorty after that was attacked in court. But the magistrates were on the side of the local authorities and this week the new law was put in practice.

The fugitive criminal, Renato Usatii, that is avoiding Moldovan justice by hiding in Moscow, is unable to solve the people’s problem. His deputy, Igor Seremet, states that the subject will be discussed next week with the representatives of the National Agency for Auto Transportation.

Daily 400 buses arrive at the Balti bus terminal from both national and international journeys. Seven of these were going through the city center 50 times a day.