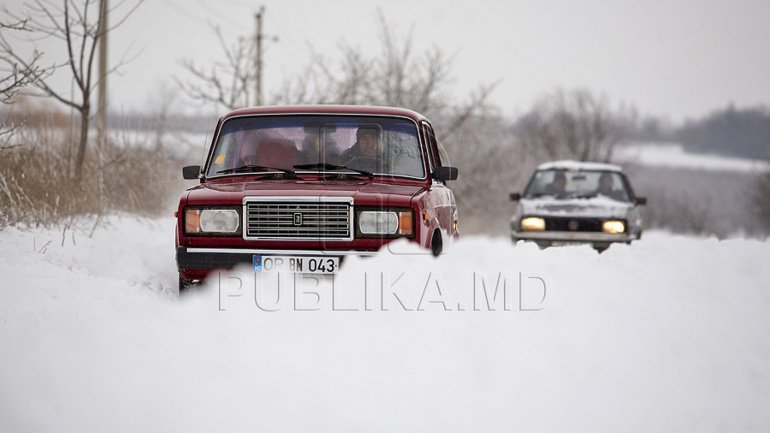 Bălţi is in chaos. Ever since it snowed, some streets from the city remained snowed in, while locals have to clean the roads themselves to remain safe.

On Căpriana street from Bălți, despite four days having passed since snowing, nobody bothered to clean it. The layer of snow reaching the knees. People claim that they have to deal with all this on their own.

"Nobody cleaned the road. Why? We had to take matters into our own hands. I wish to say that this sector where there are few houses are completely snowed in" a resident said.

"Cars cannot pass here. Ambulance will not risk it. Nobody took care of it" another citizen said.

"You can see how life goes here. Many questions and no one to give them to. They have not even spread a bit of sand on slippery roads" another citizen said.

Even drivers are annoyed by the indifference authorities have shown.

"The roads are frozen. You can easily hit another car. Nobody bothered to clean it. It is dangerous" a driver declared.

"I cleaned the whole street with a shovel. It was impossible to take my car. They only cleaned the main road and forsaken the rest" a citizen said.

People claim that despite taking the issue to the municipal authorities, nothing was done.

"We have been to the City Hall. They have done nothing but give empty promises" a citizen said.

On another hand, those from the City Hall claim that everything is fine. They assure that all roads from Bălți are cleaned off snow.

"You can safely drive on all roads, even if some have a thin layer of snow" City Hall official, Veaceaslav Zincovschi announced.