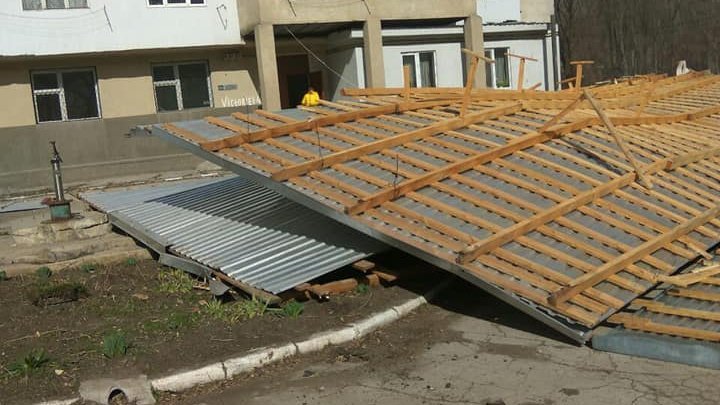 The strong wind has ravaged the country. It snatched roof of a five-storey block of flats on Victorie boulevard in Balti.

Strong wind also damaged trolleybus lines in Balti so in some areas, public transports were blocked for several hours. Moreover, it cut down trees which endangered people' lives.

It damaged roofs of ten houses in Zăicana village, Criuleni district and flew metal tile from a warehouse in Orhei.

In Chisinau, it slammed off roof of five-storey block of flats on Moscow boulevard, two metal plates, which damaged a car parked nearby.

A vegetation fire burned nearly 25 hectares of reeds from Cahul city. Due to the strong wind, the fire quickly spread bypass of locality, approaching a gas station.

Four firemen and several volunteers from Zârneşti arrived on the site. The fire was finally extinguished after four hours, at around 22:00.

According to the General Inspectorate for Emergency Situations, power outage occurred in 23 localities in 8 districts as the electric wires were damaged due to the wind.

Yellow Warning of strong wind is till in force today.