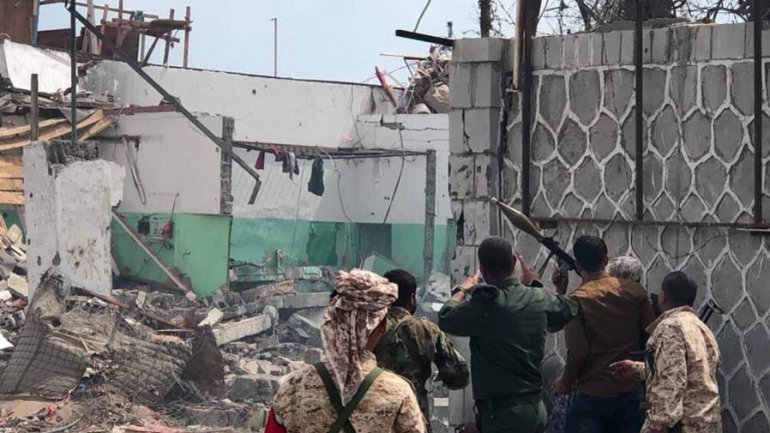 FEARS of a Middle East war erupting have been sparked after a ballistic missile was fired at a Saudi Arabia military base, wrote express.co.uk.

Houthi forces in Yemen claimed responsibility for shooting the rocket towards a camp near the Yemeni border, according to reports.

It was said to be targeting the Najran Region of the country.

But Saudi Arabia intercepted the rocket over its south region border with Yemen and blasted it out of the sky.

The coalition is battling the Houthi movement in neighbouring Yemen.

A deadly civil war has been raging in Yemen for more than two years and has claimed the lives of more than 16,000 people.

A Saudi Arabia-led military alliance has launched thousands of air strikes against Houthi forces, which now control much of Yemen.

It comes after missiles were fired at Saudi airport King Khalid International Airport in Riyadh.

The November 4 attack saw Saudi forces step up its blockade of Yemen - already on the verge famine - after describing it as an "act of war".

Saudi accused Iran of supplying missiles to the rebel forces, a claim strongly refuted by Tehran.

It was the deepest strike inside the kingdom since the war between the Saudi-led coalition and the Houthis and their allies began in March 2015.

Saudi Arabia and its allies view the Houthi rebels as an Iranian proxy on its doorstep.

The rivalry between the two regional powers has amplified the conflict which, along with tensions between North Korea and the United States, has sparked World War 3 fears.

Iran supports the Houthis but denies arming them.