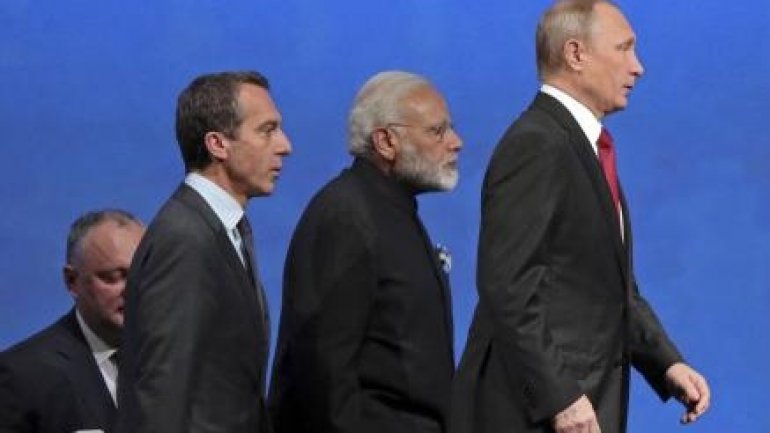 Moldova’s pro-Russian President Igor Dodon has become the target of mockery from rival politicians and the media in Chisinau after Russian President Vladimir Putin made a quip about him in Saint Petersburg, where the Moldovan head of state participated in the Eurasian Economic Summit on Saturday.

When a journalist at the summit asked Indian Prime Minister Narendra Modi if he believes that the Russian Federation interfered in the presidential elections in the United States, Putin himself replied.

The joke refers to Russian tyrant Ivan the Terrible who, whenever he was bored, used to answer: “Ask my jester, he knows best.”

Moldovan media and analysts reacted by hurling criticism at Dodon, despite efforts from the presidency to downplay the incident.

Political analyst Petru Bogatu wrote on his Facebook page that Dodon was being used as the “czar’s jester” by “this sinister Moscow leader”.

“The masquerade man Igor Dodon finally found his place in history and nobody can take that away from him. His presidential mandate will end sooner or later, but the label of Czar Putin’s jester will never end,” Bogatu said.

Dodon has been a staunch supporter of closer ties with the Russian Federation and in his electoral campaign in 2016 he even promised to break Moldova’s trade agreement with the European Union and join the Putin-dominated Eurasian Union.