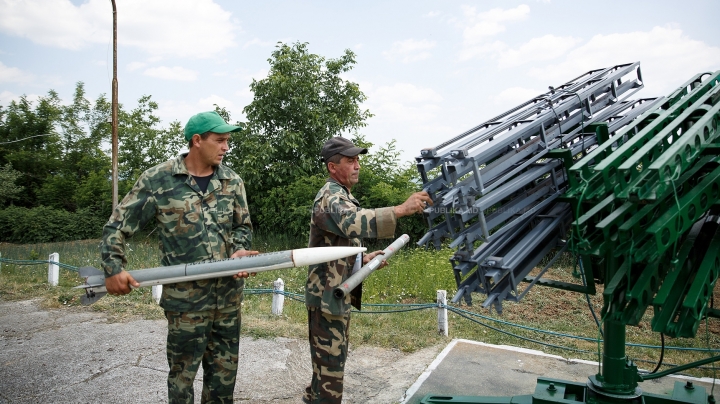 The crops might be compromised if there will be hail again. The reserve of anti-hail rockets is almost finished, being used to prevent the weather phenomena until now. For its supply is needed at least 13 million lei, money unidentified by now.

Half of infields from Moldovaare protected by 115 anti-hail rocket launching points. Each of them has to have at least 70 projectiles. But after the rainy start of the summer, a part of the existent points are left without rockets.

The Minister of Agriculture says that it wants to buy at least 1,600 anti-hail rockets.

Even if there will be identified financial resources, the projectiles will get to the launching points at least in three weeks. Until then, people only can hope that their works will not get destroyed.

From April 2016 until now were launched over 2,000 rockets. The most critical situation was on 18 June, when many localities from Ungheni district were affected by hail.

It was formed in clouds on the territoryof Romania. Because it is prohibited launching of rockets towards border, the hail fell on our country’s territory.

In order to prevent this kind of situations, the representative of the Ministry of Agriculture has to sign an agreement with Romania, which will allow them to destroy the clouds starting with the moment they are getting close to the border with Moldova.