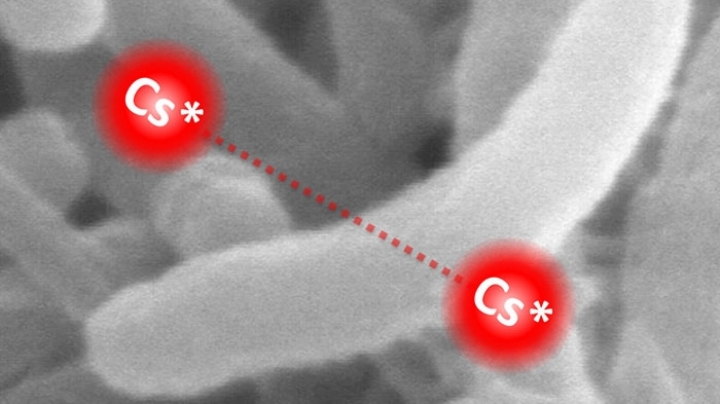 Scientists have created giant molecules — the size of bacteria — that may be useful in future quantum computers, informs sciencenews.com.

The molecules of unusual size are formed from pairs of Rydberg atoms — atoms with an electron that has been boosted into a high-energy state. Such electrons orbit far from their atom’s nucleus and, as a result, can feel the influence of faraway atoms.

To create the molecules, researchers cooled cesium atoms nearly to absolute zero, hitting them with lasers to form Rydberg atoms that bound together in pairs. These molecules are about one thousandth of a millimeter in size — a thousand times the size of a typical molecule — scientists report August 19 in Physical Review Letters.

This is not the first time such molecules have been created, but the previous evidence was not clear-cut. “Before, maybe it wasn’t clear if this is really a molecule in the sense that it’s vibrating and rotating. It could have been just two atoms sitting therewith very weak interactions or no interactions,” says Johannes Deiglmayr, a physicist at ETH Zürich and a coauthor of the study.

The result has practical implications, Petrosyan notes. In quantum computers that use atoms as quantum bits, scientists perform computations by allowing atoms to interact. Rydberg atoms can interact with their neighbors over long distances, and when bound together, the atoms stay put at a consistent distance from one another — a feature that may improve the accuracy of calculations.