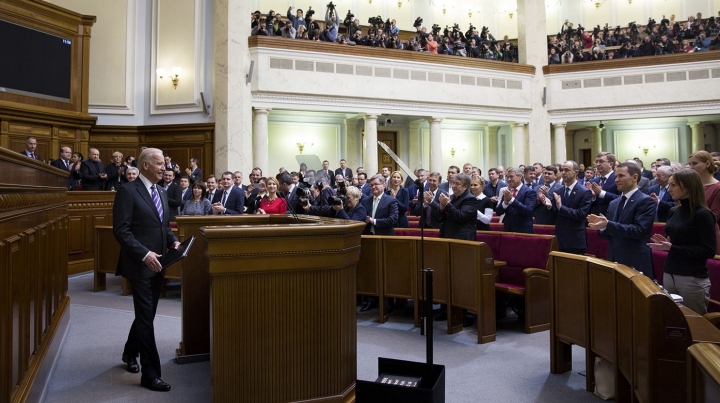 Kyiv lawmakers have approved plans to fight corruption in the legal system, as part of reforms promised to its backers. Judges will face limits to their immunity from prosecution and be appointed independently of MPs.

A raft of reform measures was approved Thursday by 335 lawmakers, 35 more than needed to change the constitution, in the first constitutional vote since a new government was put in place in April.

The legislation will see Ukraine's long-criticized legal system adopt Western standards, including limiting the immunity of judges and establishing an anti-corruption court.

Bribery in the court system is seen as a major obstacle to Ukraine's broader reform effort under a $17.5 billion (15.7 billion euro) International Monetary Fund bailout program and the changes will likely assist the government in its application for EU membership by 2020.

Foreign investors have complained that the judicial system is an obstacle to international investment and benefits political interests tied to a handful of powerful tycoons.