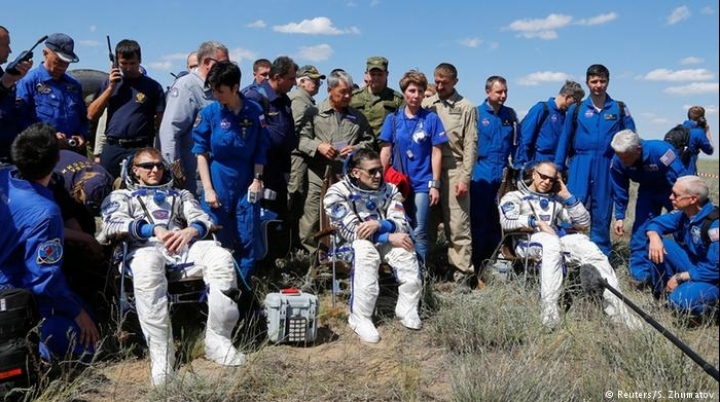 A Soyuz TMA-19M space capsule carrying the three astronauts landed on the Kazakh steppe, southeast of the city of Zhezkazgan, just after 0900 UTC on Saturday.

As part of their mission there, the astronauts tested new technologies and conducted hundreds of experiments in biology, biotechnology, physical science and Earth science.

Entering the atmosphere was perhaps the hairiest part of the three-hour return journey. The descent module has to withstand temperatures of 1600 degrees Celsius (2912 degrees Fahrenheit) created by friction with the atmosphere. The release of parachutes and retrorockets then work to limit the impact of the landing, Detsche Welle reports.