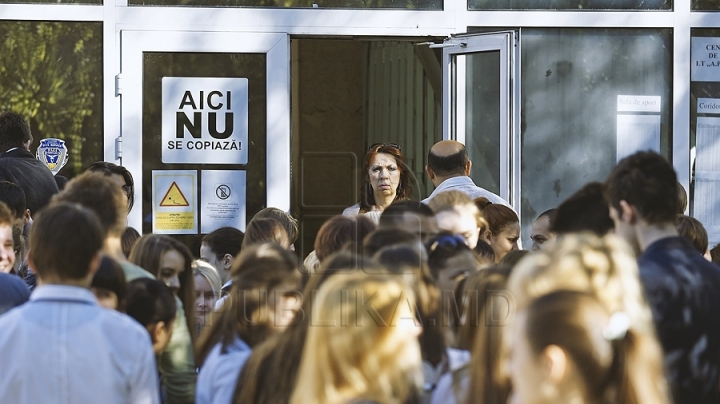 Nine students were expelled from the foreign language exam for cheating. On students were found cellphones and earphones. At the same time, on internet were posted the tests for French and English exam.

It is assumed thatthe person who posted the tests was an observer at an exam centre in the country.

The subjects of the tests appeared on a social website during the exams. The police is investigating, and the persons guilty can receive a fine of up to 8 thousand lei.

According to the Ministry of Education, over 18,000 highschoolers had graduation exams on six foreign languages. At the “Antioh Cantemir” high school from Chisinau students passed tests on three languages: English, French and Spanish.

Before the exams some students were repeating, others were praying.

Some students said that the exams were quite easy.

When asked to tell what they wrote at the exam,many students showed that they have knowledge of it.

Others did not manage to talk in the language tested.