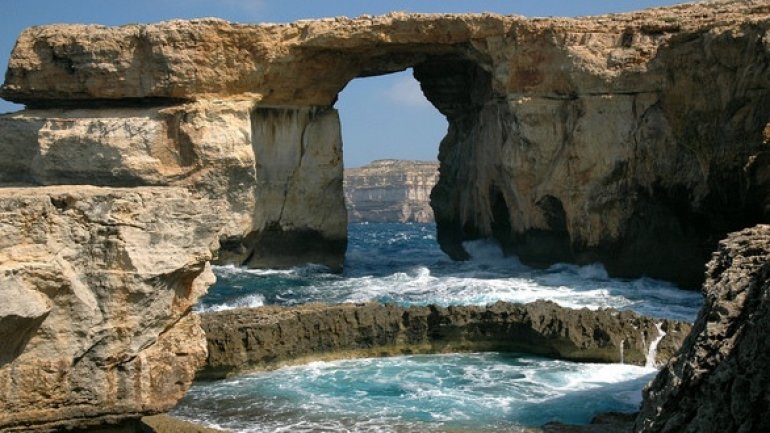 A rock structure in the form of an arch which had featured in countless Malta tourism brochures collapsed into the sea on Wednesday in what Prime Minister Joseph Muscat described as a "heartbreaking event".

Geologists had long warned that the structure, on the north-western coast of the small island of Gozo, was eroding fast and the authorities had banned visitors from walking on top of it.

The structure, known as the Azure Window because it arched over blue seas popular with divers, collapsed as Malta was hit by rough seas and stormy weather, Reuters writes.

Gozo resident Roger Chessell went to the coastline in the morning to take pictures.

"There was a big raging sea beneath the Azure Window," he told the Times of Malta newspaper. "Suddenly, the arch collapsed into the sea with a loud whoomph, throwing up a huge spray."