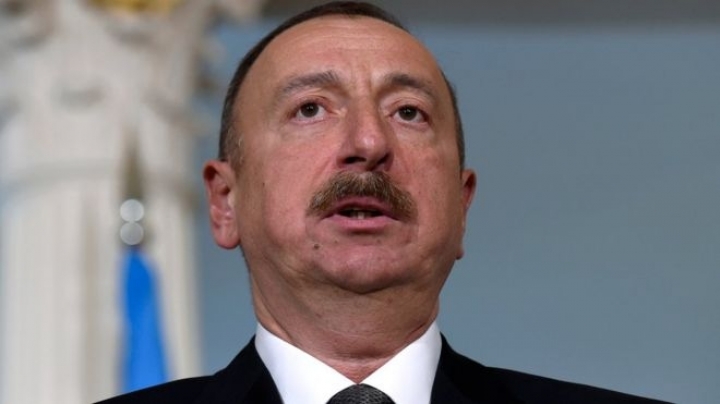 Azerbaijanis are voting on whether to boost the powers of President Ilham Aliyev, who has ruled since 2003 and cracked down on dissent, reports BBC.

The plan includes lowering the age limit for presidential candidates, creating a strong vice-presidency and extending the presidential term.

The opposition sees the vote as a move to cement the powers of the first family, with Mr Aliyev's wife and 19-year-old son seen as potential heirs.

The ruling party dismisses the claims.

The constitutional changes would also create other vice-presidential posts and enable the president to dissolve parliament at any time.

The referendum comes after dozens of opposition activists were arrested in the oil-rich former Soviet state.

One of President Aliyev's main opponents, Ilgar Mammadov, leader of the pro-Western opposition party ReAL, and other pro-democracy activists are still in jail.

"With this referendum he [President Aliyev] wipes out all obstacles in the way of his family members to come to power," says Ali Kerimli, chairman of the opposition Popular Front Party.

But Aydin Mirzezadeh of the ruling New Azerbaijan Party says the authorities "have no such plan".

"These are rumours and fabrications about members of the ruling family," he told the BBC.

However, many citizens think differently. They watch state-controlled TV, where politicians suggest the first lady as the most suitable candidate for the vice-presidency.

"We are establishing a monarchy," one Baku resident told the BBC.

Mr Aliyev himself was caught on camera smiling and clapping when a cotton worker suggested that 19-year-old Heydar Aliyev be president - but only after "a 90-year-long rule of President Aliyev".

Azerbaijan - which hosted the Eurovision Song Contest in 2012 and its first Formula 1 race this year - has seen one family in power for 23 years since 1993.

Ilham Aliyev in effect inherited power from his late father Heydar Aliyev in 2003.

If these changes are implemented, and he is re-elected in 2018 elections, Mr Aliyev will be able stay in power until at least 2025.