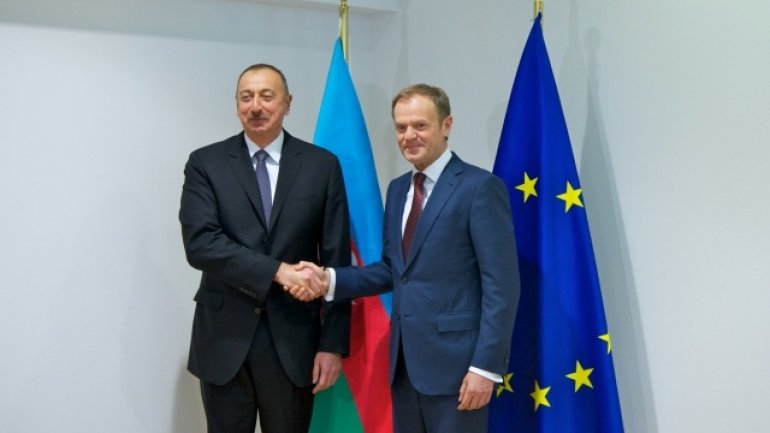 Azerbaijan is pursuing a new agreement with the European Union focused on security, trade, and investment, and lacking the type of commitments on political reforms that scuttled the last agreement the two sides tried to reach.

Official negotiations on the new deal were launched in February 2017, when Azerbaijani President Ilham Aliyev visited Brussels. “We want to upgrade our relationship” with Azerbaijan, said Donald Tusk, the European Council president.

Azerbaijan is eager to reach an agreement, seeking to take advantage of the EU’s new willingness to strike a deal without conditions on human rights, Azerbaijani and EU officials say. Negotiators for the two sides have met twice in Baku, once in April and once in June, with another round tentatively planned for Brussels in the coming months.

The “political will and desire” from the Azerbaijani side so far has been “surprising,” one EU official told EurasiaNet.org on condition of anonymity.