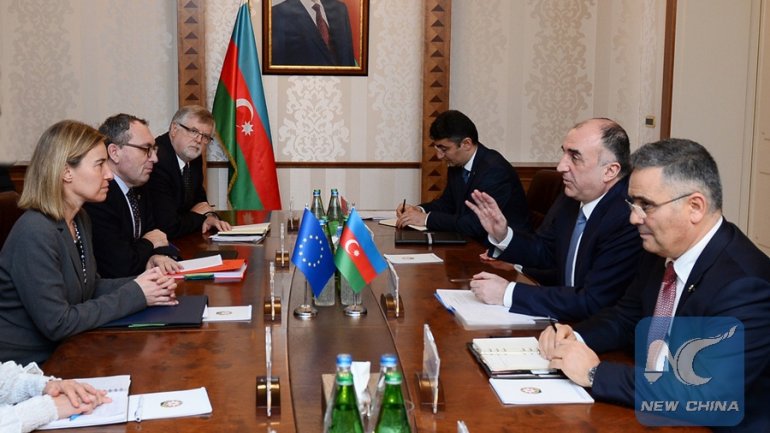 The European Union intends to extend dialogue and cooperation with Azerbaijan, said Christian Danielsson, Director General for Neighbourhood and Enlargement Negotiations at the European Commission on Monday.

The director general made the remarks during his meeting with Azerbaijani Foreign Minister Elmar Mammadyarov here on Monday.

He said that the negotiations on a new EU-Azerbaijan strategic deal will be launched very soon, targeting to replace the 1996 partnership and cooperation agreement,

"We are going to conduct effective negotiations. Our cooperation will be based on the existing Partnership and Cooperation Agreement and will also cover new areas," he said.

"We cherish the hope that we can reach an agreement between the parties (EU and Azerbaijan) in the field of trade, which would facilitate trade and cover a range of sectors," Christian Danielsson emphasized.

The meeting also highlighted the current state of relations and prospects for cooperation between EU and Azerbaijan, Azerbaijan's participation in the EU Eastern Partnership program and cooperation in various fields.

Azerbaijani FM Elmar Mammadyarov pointed out that Azerbaijan welcomes EU Board's endorsement of a mandate for launch of negotiations on a strategic partnership agreement and expressed confidence that this decision will have a positive impact on cooperation between Azerbaijan and the EU.