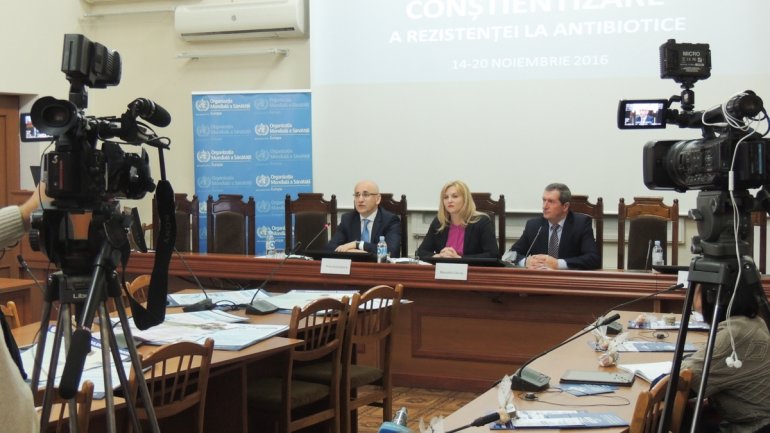 The Ministry of Health, National Agency for Food Safety and World Health Organization urges all citizens, health workers and leaders from the agricultural sector to use antibiotics with increased attention and to take urgent measures to combat the phenomenon of antibiotic resistance.

Antimicrobial resistance is considered a global public health problem, which is growing rapidly and involves additional costs for health systems. This phenomenon occurs when bacteria becomes resistant to the antibiotics used to treat infections. For this reason some drugs of this type become ineffective and there is a serious risk to control diseases worldwide.

"Moldova has made a political commitment to implement programs for the rational use of antibiotics, which are efficient nationwide. All actors involved must understand that our health is in our hands. First, citizens must be aware that when they have a health problem, they should visit the doctor first. We will monitor that doctors prescribe antibiotics strictly based on national clinical protocols, and ensure pharmacies not to allow the release of antibiotics without a prescription from a doctor" , said Health Minister Ruxandra Glavan, during a press conference.

Moreover, excessive use of antibiotics in agriculture stimulates resistance bacteria that can spread to humans by eating foods of animal origin. It is therefore important that all medical and veterinary national structures to implement strategies to combat antibioresistance.

The agricultural sector must ensure that antibiotics given to animals are used only to control and treat infectious diseases and only under veterinary supervision.

Estimates from the European Centre for Disease Prevention and Control show that in the European Union, resistant bacterial infections increase spending by about 1.5 billion euros per year.