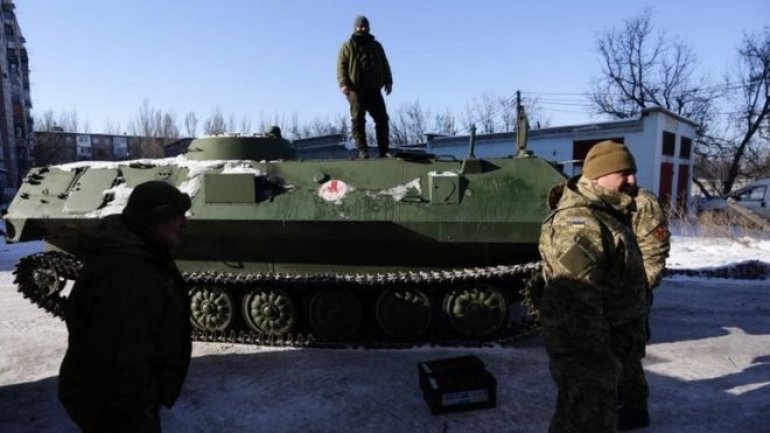 Ukrainian officials are preparing for a possible evacuation of the eastern frontline town of Avdiivka amid renewed fighting with pro-Russian rebels.

If evacuation takes place, officials say up to 8,000 people could be removed each day from the government-held town, which has no water or electricity.

The Kiev government said seven of its soldiers died in clashes on Sunday and Monday, and fighting is continuing.

Each side blames the other for the upsurge in violence.

It erupted despite an attempt to renew a ceasefire last month.

Ukrainian forces say the outbreak began when rebels launched an attack on Avdiivka, which borders land controlled by the separatists.

A local power plant has been knocked out by the recent fighting.

On Tuesday, the head of the Kiev-appointed administration, Pavlo Zhebrivsky, said plans were being made for an evacuation of Avdiivka residents, informs BBC.

"As of now, we can evacuate up to 8,000 people in the course of the day. The region's towns are ready to receive up to 9,000 people," he was quoted as saying by Interfax news agency.

Officials say the evacuation will go ahead if the fighting escalates further. About 10 tonnes of food will soon arrive in the city, they add.

"Such aggressive actions, supported by the armed forces of Ukraine, undermine the aims and the task of realising the Minsk accords," he said on Tuesday.

A ceasefire was agreed in Minsk in February 2015 but there have been frequent violations. The latest truce began on 23 December.

More than 9,700 people have died since the conflict erupted in 2014, as Russia annexed Ukraine's southern Crimea peninsula, and pro-Russian rebels later launched an insurgency in the east.

The US and EU imposed sanctions on Russia in response to its actions in eastern Ukraine. Russia has denied backing the rebels.

According to the Kremlin, the two presidents agreed to a "partner-like co-operation" on issues including Ukraine, which has caused concern in Kiev.