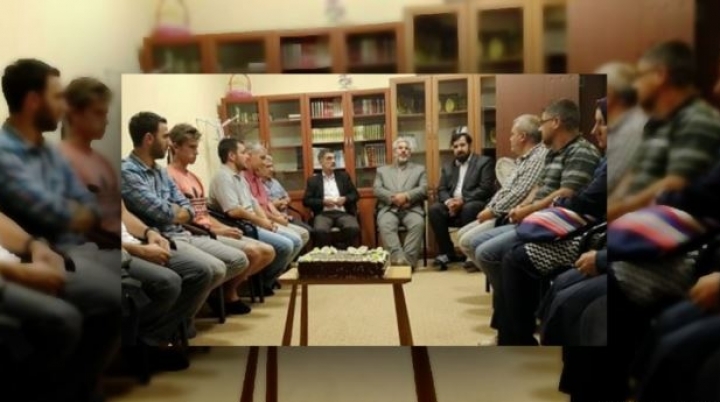 Iran's promotion of its brand of Shi'ite Islam across the Middle East has been obvious for decades, but such activities in Europe largely managed to fly under the radar.

But its Balkans-centered efforts have come under scrutiny in recent years, leading to the arrest this week of an Iranian cleric in Kosovo on charges of financing terrorism and money laundering through a nominally nongovernmental organization he operates. Kosovar authorities claim Hasan Azari Bejandi, charged on July 26, ran five Shi'ite organizations with links to Tehran.

Bejandi is the most high-profile Iranian cleric to be arrested and charged in the predominantly Muslim country, potentially cutting off a rare avenue of influence for Tehran in Europe, where charities believed to be tied to Iran also operate in Albania, Macedonia, and Bosnia-Herzegovina.

Bejandi's arrest comes amid a recent crackdown by authorities on foreign-funded Islamic organizations, which the government blames for the radicalization of Kosovar youths and the high numbers of people who have joined extremist groups in Syria and Iraq.

But Tehran is heavily involved in the fight against Islamic State (IS), and it is unclear what Bejandi's alleged involvement in terrorism might be, particularly considering that terrorism in Kosovo is usually linked to IS.