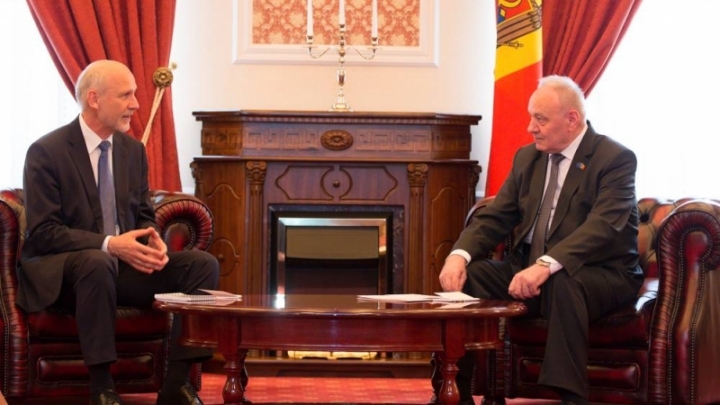 Timofti welcomed the mandate of the Austrian diplomat in Moldova, noting that the presence and activity of the embassy in Chisinau had been omnipresent, even if the residence in Bucharest.

Timofti appreciated the good economic relations between the two states, pointing out that presently, 42 companies with Austrian capital were operating in Moldova. "An Austrian company contributed to building the Chisinau-Soroca road", he said.

Reiweger said that Moldova was an important country for Austria’s foreign policy, and opening a new diplomatic representation in Chisinau would dynamise the political dialogue and Moldovan-Austrian trade exchanges.

The officials also touched upon the Transnistrian problem. In the context, Timofti opted for OSCE’s trenchant approach in mediating the conflict in the left bank of the Dniestre and for withdrawing the Russian troops from Moldova.

Starting from 2017, Austria will take over the OSCE’s chairmanship. The official noted that the Transnistrian issue would be a priority on the agenda of mandate.

In the context, Timofti voiced hope that due to its neutral status, Austria would be more understanding as regards the situation in Moldova, a neutral state too.

At the end of the meeting, Timofti expressed confidence that the relations between the two states would be on the rise during the mandate of Austrian President Van der Bellen, elected on 22 May 2016.