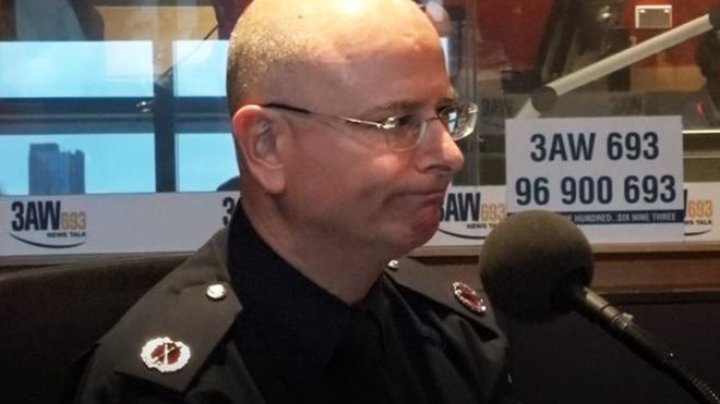 One of Australia's most senior police officers has resigned after being linked to "shocking" online posts made under a fake name, wrote BBC.

He made racist comments on YouTube under the name "Vernon Demerest", The Age newspaper reported.

"It is behavior that is completely and utterly unacceptable," Chief Commissioner Graham Ashton said.

"There are a lot of shocked people. It's completely out of character with what we know the assistant commissioner has been doing," he added.

Mr Guerin reportedly made racist and sexist remarks about rugby league, cricket, and his former colleagues.

In one post he said women should not be allowed to sing the national anthem, The Age reported.

"The National Anthem must never be improvised. It must always be sung by a male. A baritone. And accompanied by a band. No argument. No opinion. Just fact," he wrote.

He also made derogatory remarks about Somalia, Argentina and referred to "third world dullards", according to the newspaper.

Last week, Mr Guerin admitted to a local radio station that he had made the comments.

"The language I used was completely inappropriate, embarrassing and I can understand people saying 'what the hell is this bloke doing?'," he told Melbourne's 3AW station.

"It's crude and coarse language and, you know, what I'm most ashamed about is my mother and my daughters have read it now."

"The reason I did it under a fake name is clearly if I had gone in with my own name, it would have been associated with Victoria Police," he said.

In a press conference on Tuesday, Mr Ashton stressed that the comments were not reflective of the views within his police department.

"That's just obviously behavior that is well, well below the line of expectation of Victoria Police," he said. "It's just completely abhorrent."

"We will be talking to the emerging community, multicultural communities that we have been working with for a long time and making sure that they know it is not representative of the views of Victoria Police."