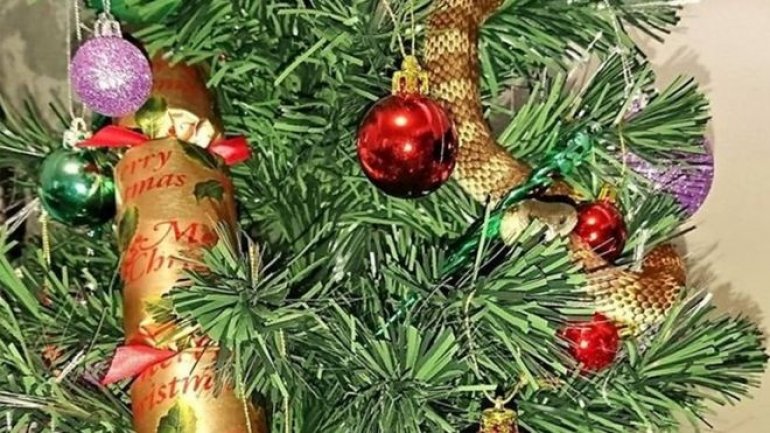 A woman has discovered a 1m-long venomous snake wrapped around her Christmas tree in Australia, informs BBC.

The woman called for help to remove the tiger snake from her suburban home in Melbourne, Victoria, on Sunday.

Snake catcher Barry Goldsmith said the reptile entered through an open door before curling up among the decorations.

Mr Goldsmith said the woman "reacted quite well" after making the discovery.

"She left the room, put a towel down as a door jam and came and rang me," he told the BBC.

The snake was released back into the wild. The species is protected in most Australian states.

Mr Goldsmith said he was used to finding snakes in unusual places.