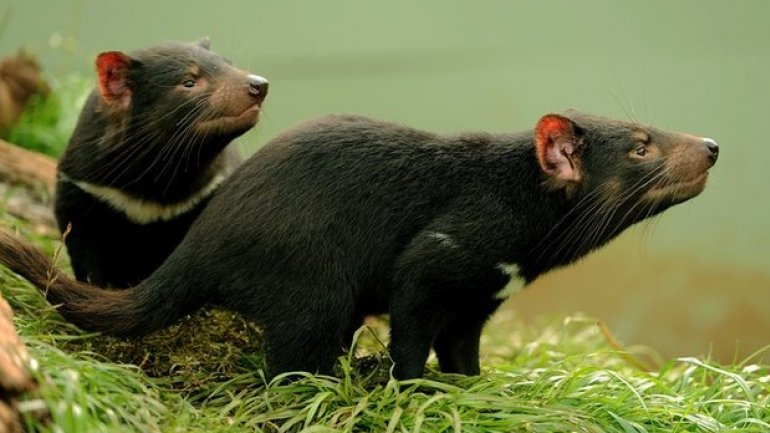 Milk from Tasmanian devils could offer up a useful weapon against antibiotic-resistant superbugs, according to Australian researchers.

The scientists are looking to make new treatments that mimic the peptides.

They have scanned the devil's genetic code to find and recreate the infection-fighting compounds, called cathelicidins.

PhD student Emma Peel, who worked on the research which is published in the Nature journal Scientific Reports, said they had found six important peptides.

These appear to be similar to peptides in the milk of other marsupials, which means these animals are worth studying too.

"Tammar wallabies have eight of these peptides and opossums have 12," she said, adding that studies into koala's milk had now started.

More at the BBC.