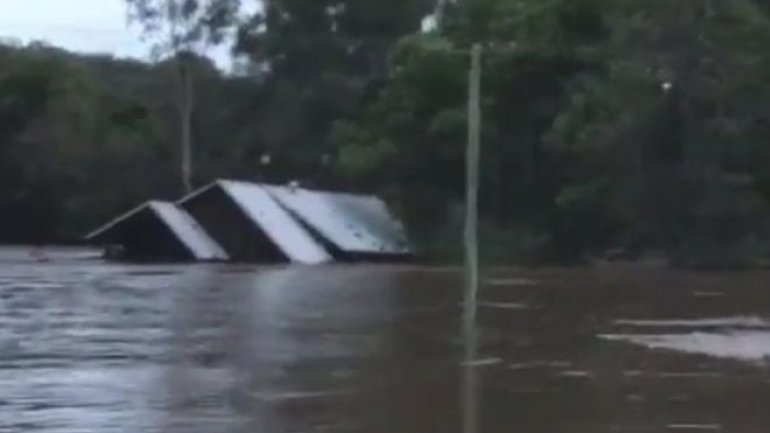 An Australian family was rescued from the roof of their house minutes before it was carried away in floodwaters, authorities have said.

Torrential rain has lashed Queensland and New South Wales in the wake of Cyclone Debbie.

A woman and her two children were plucked from their roof after spending hours waiting in the dark for help.

The house broke away about 15 minutes later, a Queensland State Emergency Service spokesperson told the BBC.

Neighbours had called authorities to the scene at Luscombe, in Queensland's Gold Coast hinterland, on Saturday.