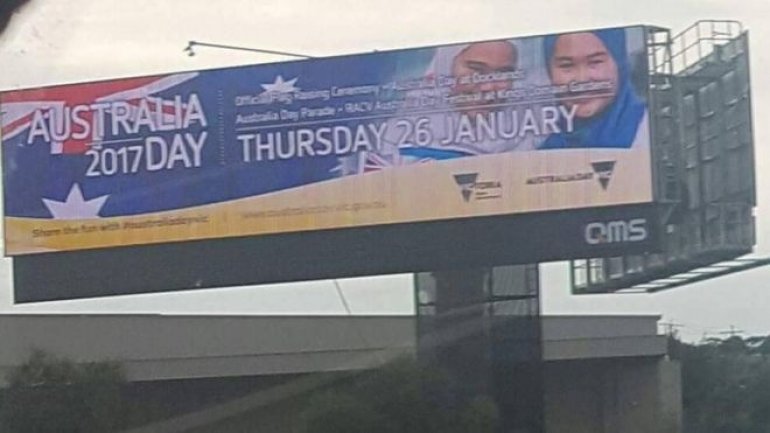 An Australia Day advert featuring two girls in hijabs in front of an Australian flag has been removed from a Melbourne street after threats were made to the billboard company.

The Victoria state government said the company, QMS, received a series of "abusive and threatening" complaints.

A spokesman for QMS would not detail the nature of the threats to the BBC.

The digital advert, promoting a series of government-backed events, had been the subject of online debate.

"Anyone who considers this a victory needs a refresher on the true meaning of Australia Day," he said in a statement.

"It is about bringing people together and celebrating the diversity which makes this state and this country great."