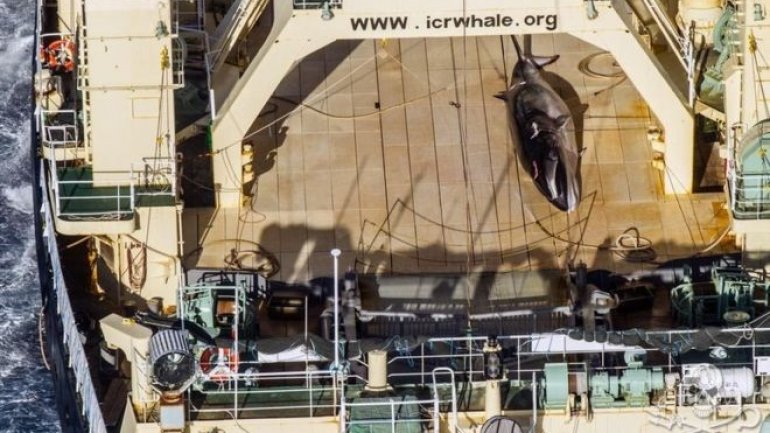 Anti-whaling group Sea Shepherd released the images, which it said showed a dead minke whale on a Japanese vessel on Sunday.

Australia's Environment Minister Josh Frydenberg said it was not necessary to kill whales for study.

A global moratorium on commercial whaling has been in place since 1985, with exemptions that allowed Japan to hunt some whales for "scientific research".

But in 2014 the International Court of Justice (ICJ) ruled that Japan's scientific Antarctic whaling programme should cease. Tokyo suspended whaling for one season but announced it would soon begin another "scientific" whaling programme, drawing criticism from environmental groups and the Australian and UK governments.

Japan insists it is trying to prove the whale population is large enough to justify a return to whaling for commercial purposes. It says it has to kill the mammals and study them in order to carry out its research.

Australian Greens senator Nick McKim said the ICJ had the power to impose "fines or sanctions" on Japan.