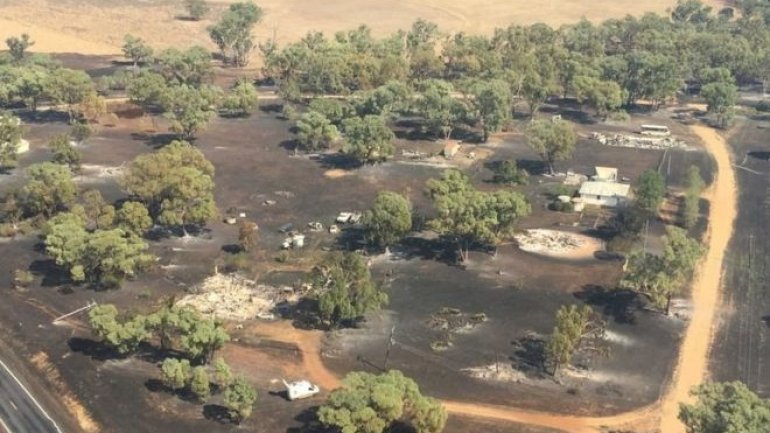 More than 80 fires - including 20 uncontained - were still burning on Monday following record temperatures.

The Rural Fire Service (RFS) said it was remarkable no lives were lost amid "catastrophic" weekend conditions.

But about nine of 12 buildings in the tiny community of Uarbry had been destroyed, according to locals.

RFS Commissioner Shane Fitzsimmons could not confirm that number but said "most buildings" in Uarbry had been razed or damaged.

The blaze, dubbed Sir Ivan, had an active fire edge of about 200km (124 miles) and had burned through 50,000 hectares near Dunedoo, Mr Fitzsimmons said.