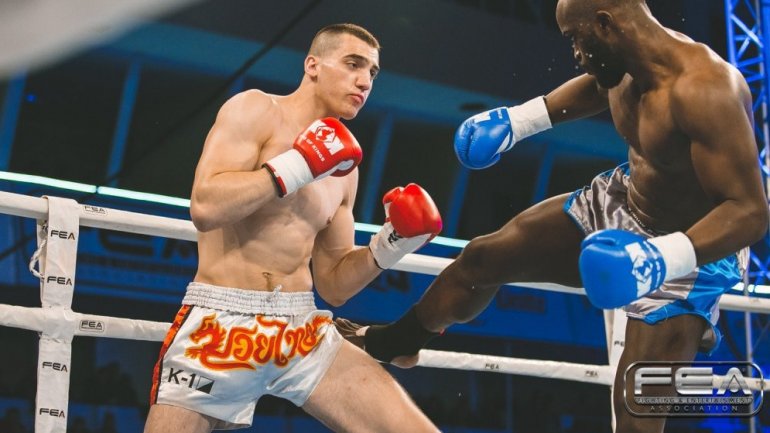 Moldavan wrestler, Aurel Ignat wants to take revenge against Daniel Alexandru at the "World Grand Prix" KOK Gala, which will take place in Chisinau on December 10th. The two will meet in the semifinals in the category up to 85 kg.

"I think it will be a rematch. With God's help I hope I will get a positive result. In no case I do not consider myself weak. They're all people. He has two hands and two feet, I think everything will end well" , said the K-1 fighter, Aurel Ignat.

"Even if he's more experienced, I think we have all the weapons to fight against his" ,  said the coach Nicanor Trocin.

Along with Ignat, two other representatives of the "Champion" Club will perform at the KOK Gala. Alexandru Prepelita will fight Ukrainian Artur Zakirko and Sarbu Dumitru will face Ukrainian Mikhail Vasilioglo.

"I know this opponent for a long time. Now will be a rematch. We prepare all the time. I think at the end of the year we will enjoy the result our" , said the K-1 fighter, Dumitru Sarbu.

"We have prepared all the time, like last fight. With God's help I hope to continue my series of wins without defeat" , said K-1 fighter, Alexandru Prepelita.

"Prepelita is going very well this year, he fights great and qualitative matches. Zakirko is known in the martial arts world, so it will be a battle of fire" , said FEA President Dorin Damir.

This will be the last KOK Gala held in Moldova this year. The tournament will be organized by the FEA association.
AFLĂ imediat Știrile Publika.MD. Intră pe Telegram