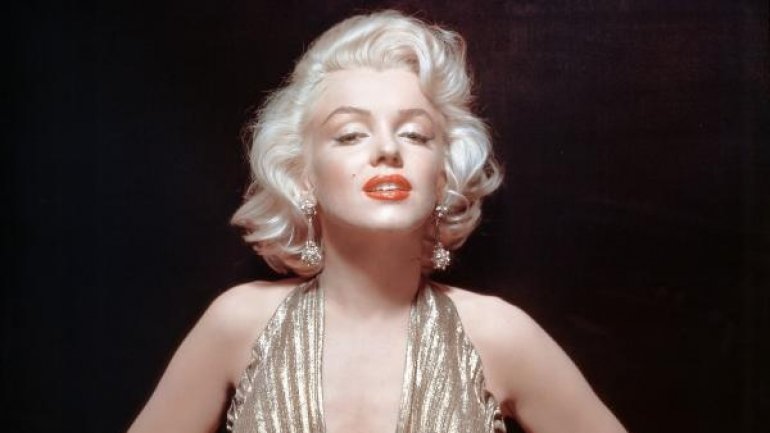 A much publicized sale of hundreds of items of Marilyn Monroe memorabilia is to be held to mark what would have been her 90th birthday on 17 November, reports The Guardian.

The auction, at Julien’s in Los Angeles, includes innumerable dresses such as the one the star wore to sing “Happy Birthday, Mr President” to John F Kennedy (estimated at $3.3 million) and a great deal of jewelry, such as a diamond cocktail watch ($100,000). There is also Monroe’s now famous recipe for stuffing, scrawled on a sheet of City Title Insurance Company notepaper.

But on Monday a new lot became available at an auction house across town, at a rival sale scheduled for the same date: a grave marker from Monroe’s plot at the Westwood Village Memorial Park Cemetery in Los Angeles. The item, for which bidding begins at $50,000, is one of many that have been cast over the years, owing to oxidation of the bronze caused by it being touched by visiting fans.

This particular one dates from the early 1990s and bears simply her name and dates. A note on the back reads: “Make Two Patterns for Marge’’, referring to the lettering supervisor. A similar item fetched $212,500 at Julien’s last year.

There has long been an industry in morbid lots pertaining to Monroe; in 2009 the next-door crypt was auctioned off for $4.6 million. “Here is a once in a lifetime and into eternity opportunity to spend your eternal days directly above Marilyn Monroe,” ran the eBay auction description.