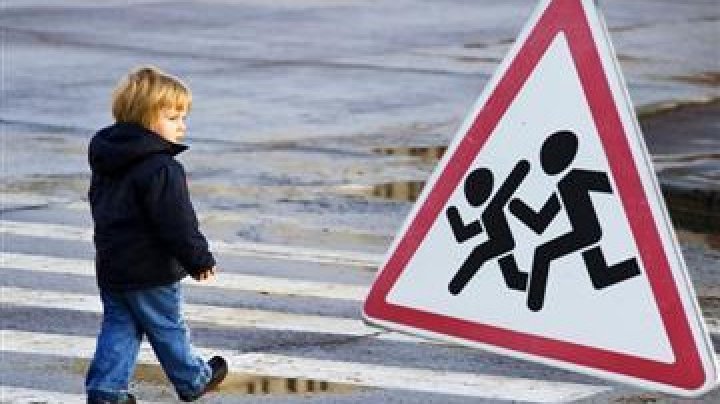 The campaign "Attentive Elders", initiated by General Police Inspectorate, has yesterday reached Comrat. Law enforcement have informed, parents, elders and children about traffic safety, on their way to school and home.

The project, which will be launched in May, foresees elders to be present near pedestrian crossing located close to schools and kindergartens.

The event was attended by General Police Inspectorate deputy chief, Gheorghe Cavcaliuc. The official claims that the campaign is meant to reduce the number of car accidents implicating children.

"We currently reached the stage of consultation. We have been to 20 districts where this project was discussed with local public administration, teachers and local police" Gheorghe Cavcaliuc said.

Mayors and teachers from districts support the project.

"We believe this project to be very helpful, especially in cities. In Ceadîr-Lunga we have 6 institutions, located near dangerous roads. Most danger posing rush hours, between 07:00 - 08:00, right when children go to school."

"Unfortunate, there were such cases, but not grave. We, teachers, are always worried because we are responsible for the safety of children. It is important for us that they reach school and their homes safely" Svetlana Baiadjî said.

The campaign "Attentive Elders" is inspired by some practices used in Italy. According to General Police Inspectorate's administration, this way, pensioners will also feel useful to the society. In 2017, 300 car accidents were registered, resulting in the death of 12 children.