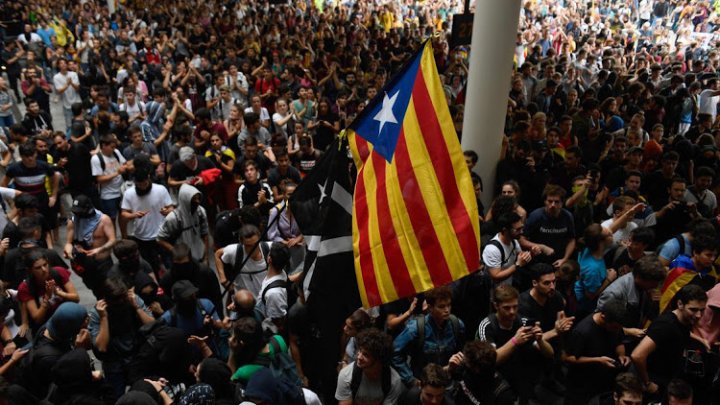 Moldovan Ministry of Foreign Affairs and European Integration has issued a travel advisory to citizens flying to Barcelona after a series of demonstrations are expected to take place over the next few days.

MAEIE calls on Moldovan nationals to take extra caution and avoid places of demonstrations and protests. People can check this link for information about traffic in the region.

Protestors took to the streets on Monday after Spain’s Supreme Court sentenced nine leaders of the Catalan independence movement for sedition over their role in a failed independence bid.

When the verdict was announced, thousands of protesters rallied on the streets across various cities, where hundreds of riot police sent by Madrid were present.

The harshest sentence of 13 years was handed to former Catalan vice president Oriol Junqueras who served as the main defendant in absence of Carles Puigdemont, the region’s leader who fled Spain to avoid prosecution

According to local reports, more than 100 flights were cancelled at the city's El Prat airport, and several others were delayed as activists clashed with police.