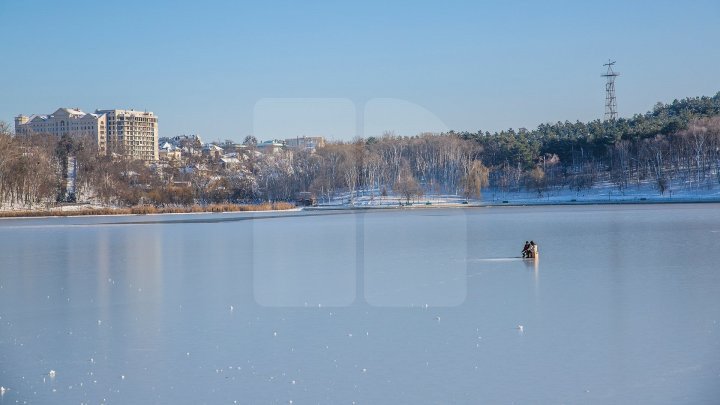 Ice starts melting gradually on lakes and pools between January 29 and February 5, according the data of the State Hydrometeorological Service.

In this context, the rescuers warn dangers posed against anyone above of icy lakes and pools.

Staying on the ice is strictly forbidden if the layer does not exceed 8-10 centimeters. According to IGSU minors are most exposed to the risk of collapse.

Parents are cautioned not to let their children play alone on ice. To avoid adult tragedies, you are advised to ban children from skiing and skating around the water basins.

In case you see people fallen under ice, the rescuers urge people to call the 112 emergency service.