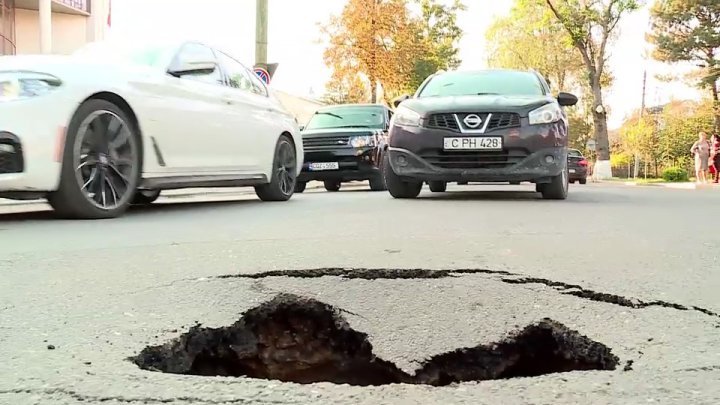 Chisinau City Hall will be responsible for economic agents who repair the sidewalks and streets.

Local public administration decided this measure as a result of recorded cases on asphalt pits which endanger citizens and vehicles.

Interim General Mayor, Ruslan Codreanu addressed the subject during the operative meeting of the municipal services.

The official asked the subdivision to draw up a policy document on the maintenance of the asphalt coating as a result of the intervention of the municipal services in the rehabilitation of the urban networks.

"In most cases, the municipality only authorizes these works, and the companies: SA Apă - Canal Chişinău, SA Termoelectrica, SA Chişinău - Gaz, SA Gas Natural Fenosa, contract services from economic agents, who are directly responsible for the completion and quality of the executed works ", stated Ruslan Codreanu.

Thus, the General Direction of Public Transport and Communication will complete a draft decision regarding the regulation of the road restoration module, which will be submitted for approval to the Chisinau Municipal Council.

The document will contain clear regulations regarding perimeter of intervention area as well as sanctions imposed on economic agents for inadequate execution.

Until the approval, the draft decision will be discussed in the CMC factions and subject to public consultations.