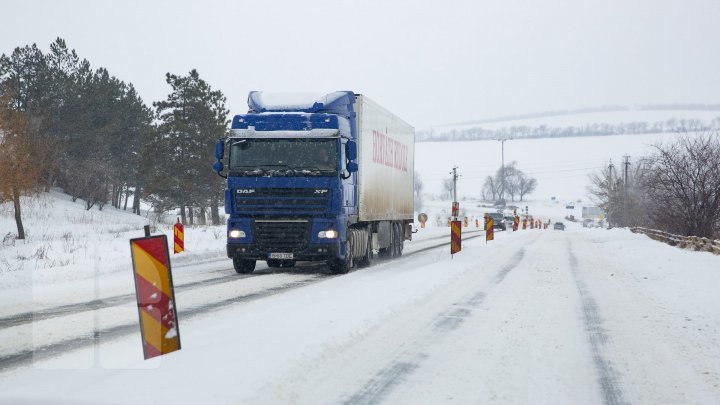 It's snowy continually throughout the country. Heavy snow and freezing rain are conquering the whole territory of the Republic of Moldova. Drivers are warned of threat in winter condition.

Moreover, in the last 24 hours, rescuers and firefighters intervened in 18 cases for unlocking and towing the transports on national roads.

According to information from the State Road Administration, during Wednesday, 340 technical units and 580 people were involved in scattering 1300 tons of anti-skidding material on the road.

It's possible to circulate on the roads under the winter conditions.

Authorities urge people not to leave unless it is necessary and not to go on long journeys.

The Ministry of Economy and Infrastructure warns pedestrians and drivers to be prudent in traffic, strictly adhere to traffic rules, road signs and not to go unskilled.

National patrols are carried out and road traffic is ensured.

Under these conditions, drivers are encouraged to travel at low speeds both in and out of the towns, to keep a greater distance between cars, avoid parking cars near trees.

For more information on road traffic conditions during the winter period, citizens can access the websites www.asd.md and www.mei.gov.md.