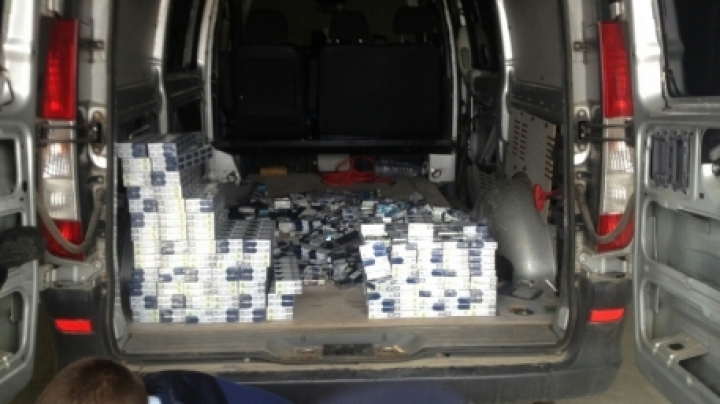 Two attempts of cigarette smuggling were prevented by customs officers from Cahul using Angy dog, who signaled the presence of tobacco in the cars of two citizens, a Moldovan and a Romanian.

As a result of checks, customs officials found a total of 33,260 various brands of cigarettes with Moldovan excise stamps, which would have generated a profit in the Community of about 5,000 euros.

Undeclared goods were discovered at Palanca custom point, where customs officials seized 152 clothings products purchased at KM7 market in Odessa. the goods belong to a Moldovan citizen, a passenger of a inibus on Chisinau-Odessa route.

According to procedure, the consignments were raised in order to be seized and offenders will be held accountable according to law.