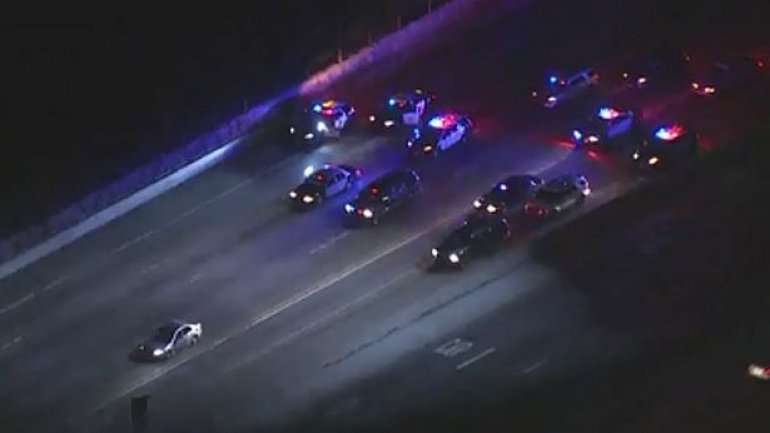 Cops were chasing Marcos Tulio Flores - thought to be a gang member - through San Fernando Valley.

He is suspected of shooting a 36-year-old woman in the upper body.

The chase began at 10.40pm local time last night and was watched by tens of thousands on Facebook Live.

The driver repeatedly taunted the police by driving at low speeds and opening his door.

He would then drive off at speed followed by dozens of police vehicles and a police helicopter.

You can watch the entire chase below: