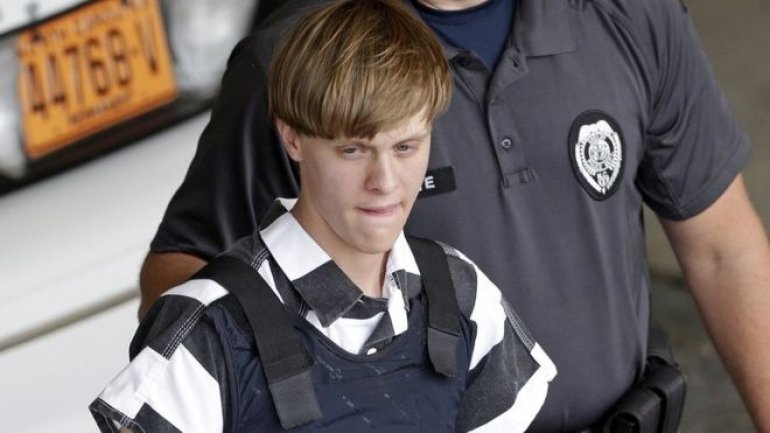 A white supremacist has been sentenced to death for the racially motivated killings of nine black people at a South Carolina church, informs BBC.

Dylann Roof was convicted last month of 33 federal charges, including hate crimes, after opening fire on a Bible study group in 2015.

The jurors deliberated for nearly three hours before reaching their verdict.

The massacre shocked the nation and reignited a debate about race relations and the flying of the Confederate flag.

Roof told police he wanted to start a race war and he was photographed holding the battle flag, which to many is a symbol of hate.

The tragedy led to the flag being removed from the South Carolina statehouse, where it had flown for 50 years.

Earlier on Tuesday, Roof addressed the jury, saying: "I don't know what good it would do anyway" if they spared his life.

After the sentence was announced, the 22-year-old killer stood and requested to be appointed new lawyers and to file for a retrial.

US District Judge Richard Gergel replied that he was "strongly disinclined" and instructed Roof to think about it overnight.

Nearly two dozen friends and relatives of those gunned down at the Emmanuel AME Church in Charleston testified during the sentencing phase about how Roof's crimes have affected their lives.

But none of them had appealed to the jury to return a death sentence.