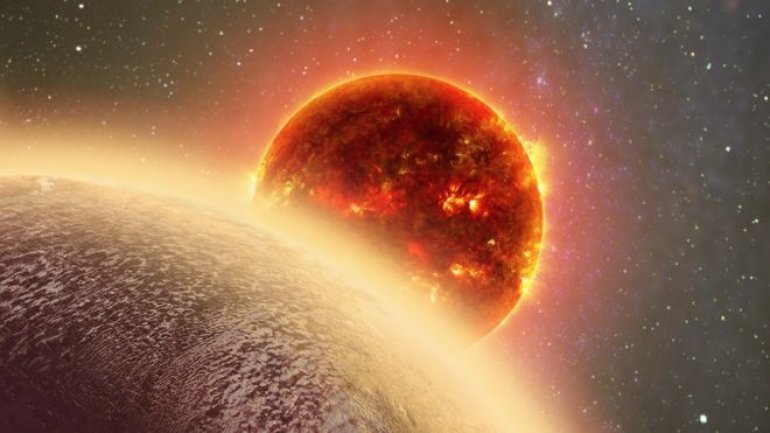 Scientists say they have detected an atmosphere around an Earth-like planet for the first time, BBC reports.

They have studied a world known as GJ 1132b, which is 1.4-times the size of our planet and lies 39 light years away.

Their observations suggest that the "super-Earth" is cloaked in a thick layer of gases that are either water or methane or a mixture of both.

The study is published in the Astronomical Journal.

Discovering an atmosphere, and characterising it, is an important step forward in the hunt for life beyond our Solar System.

But it is highly unlikely that this world is habitable: it has a surface temperature of 370C.