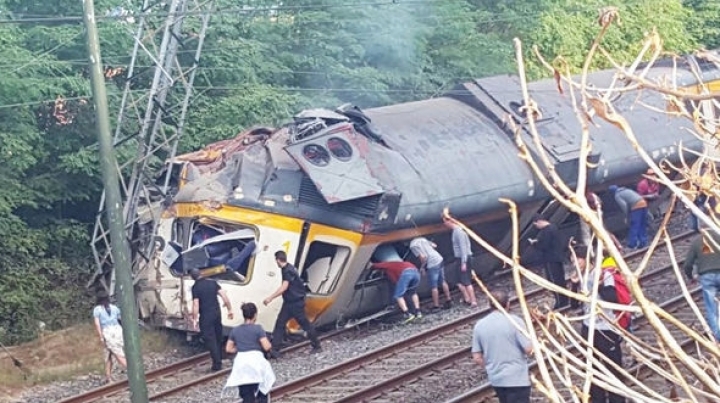 At least two people have died after a train derailed during rush hour in Spain, reports Express.

The horrific accident took place at a station in O Porrino, in the north-western province of Galicia, at around 9:30am local time.

Pictures on social media showed emergency services at the scene, with officials saying there was a "high number of injuries".

The train was travelling between Vigo and the Portuguese town of Valenca do Minho.

According to initial reports, it may have collided with the bridge over the N-120 at the height of As Angustias.

The identities of the dead are not yet known. Three years ago, Galicia was the scene of Spain's worst rail disaster in decades.

Some 79 people were killed when a high-speed train flew off the tracks and slammed into a wall near Santiago de Compostela.