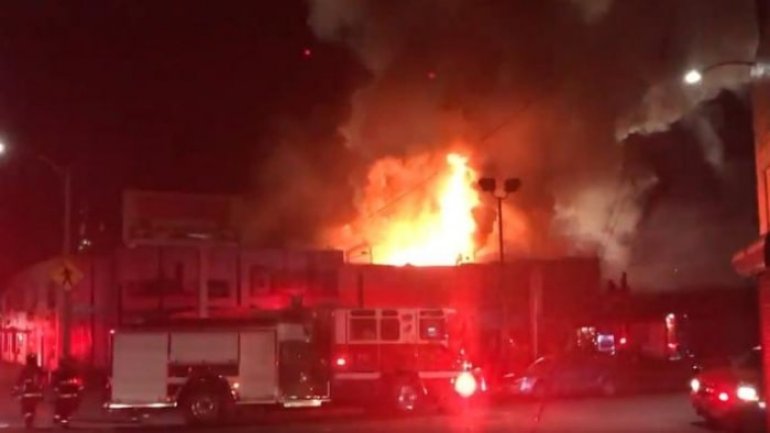 At least nine people died when a fire raced through an Oakland warehouse Friday night crowded with people attending a concert, officials said.

Oakland fire officials said that there were other people still unaccounted for and that a search of the building was continuing, latimes.com reports.

“We are up to nine known fatalities,” Oakland Fire Chief Teresa Deloach Reed told reporters from the scene on 31th Avenue and International Boulevard on Saturday morning. “There is still a lot of the building that needs to be searched.”

Officials believe scores of people were inside the warehouse when the fire broke out late Friday night.