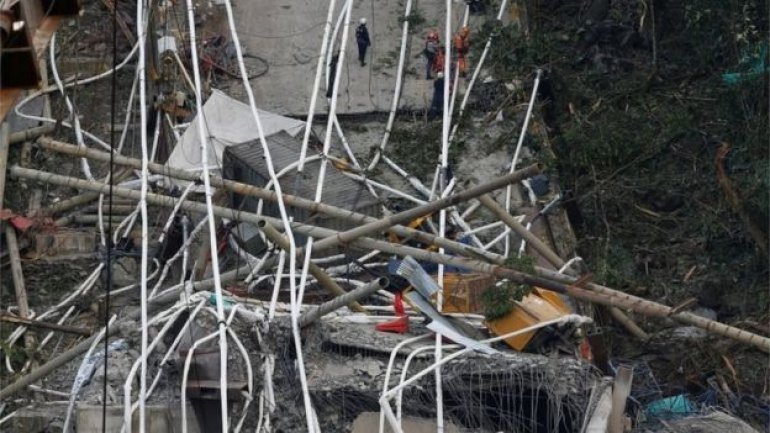 A motorway bridge under construction in Colombia has collapsed, killing at least nine workers and injuring five others, wrote bbc.com.

The bridge in Chirajara was to be part of a highway connecting the capital, Bogotá, with the city of Villavicencio.

Photos from the scene show a large part of the 450m-long bridge lying in the ravine below.

Transport Minister Germán Cardona spoke of a "tragedy" and said the cause of the collapse would be investigated.

One of the workers injured in the collapse described the moment it happened.

"Everyone started shouting that the bridge was falling, I didn't have time to do anything and then I felt a blow to my head," Luis Alvarado told El Tiempo newspaper.

Construction officials said that fortunately not many workers were on the bridge at the time of the collapse as staff were receiving a safety briefing.

The bridge is part of an ambitious program to improve the route leading from Bogotá to the eastern plains by turning parts of it into a dual carriageway.

The planned works include the construction of 18 new tunnels and 42 bridges and viaducts as well as new lighting and CCTV cameras.

The company tasked with the works is Coviandes, a firm which is majority-owned by a Colombian investment corporation.

Coviandes issued a statement on Monday saying it would do everything it could to help the families of the workers who died or were injured in the collapse.