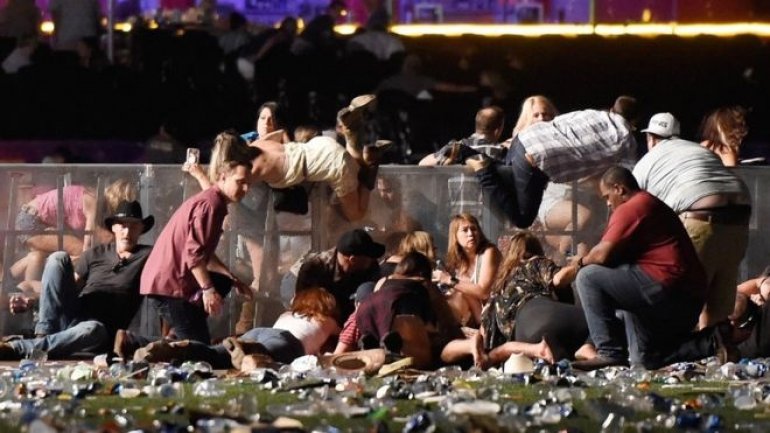 [Update 19:35] At least 58 people have been killed and hundreds injured in a mass shooting at a Las Vegas concert. Las Vegas police say the number of people injured now stands at 515.

(UPDATE) Police hunting for the female "associate" of a gunman who killed at least 50 people attending a concert in Las Vegas say they have "located" her.
Clark County Sheriff Joseph Lombardo said investigators had found the woman, but they don't believe Ms Danley, who was located outside the US, was involved in the shooting.
Between 2010 and 2013 she worked as a "hostess" for the Atlantis Casino Resort Spa. There is no listing for her employment since that date, wrote Independent.

At least 50 people were killed and more than 200 injured in a shooting outside the Mandalay Bay Resort on the Las Vegas Strip during a music festival on Sunday night.

It is the deadliest mass shooting in US history.

Online video of the attack outside the Mandalay Bay Resort and Casino showed the country singer Jason Aldean performing outside at the Route 91 Harvest Festival, a three-day country music event, interrupted by the sound of automatic gunfire. The music stopped, and concertgoers ducked for cover. “Get down,” one shouted. “Stay down,” screamed another. The barrage of gunfire then erupted again in at least two more rounds, both shorter than the first.

Police radio reports suggested that at least three people were transported to Sunrise Hospital and Medical Center for treatment. The police were told not to bring additional casualties — unless the injuries were life-threatening — to University Medical Center, another nearby hospital, because it was at capacity.

A gunman firing from a Las Vegas hotel rained a rapid-fire barrage on a huge outdoor concert festival on Sunday night, sending thousands of people fleeing until SWAT units found and killed him.
Several SWAT teams were sent to the hotel immediately after the first reports of the shooting at 10:08 p.m., and officers overheard on police radio reported being pinned down by gunfire. Shortly before midnight the Las Vegas Metropolitan Police Department reported that “one suspect is down,” and soon thereafter the police said they did not believe there were any more active gunmen.
The shooter had a significant advantage due to his elevated position, James Gagliano, retired FBI supervisory special agent, told CNN. And with 30,000 people packed into a small area, "he just had to point at the center ... and squeeze the trigger," he added.

In the confusion after the shooting, the police also descended on the Ali Baba Restaurant, about a 10-minute drive from the Mandalay Bay, and they also investigated reports of a shooting at the New York-New York Hotel and Casino, not far from the concert ground.

Las Vegas police are searching for a woman they say is the "companion" of the gunman in the Mandalay Bay shooting.

Marilou Danley was not named as a suspect, but Las Vegas Metro Police Sheriff Joseph Lombardo said his officers were "interested in talking to her."

Danley, who Lombardo said was the suspect's roommate, is described as an Asian female, 150cm tall, and weighing 50 kilos. 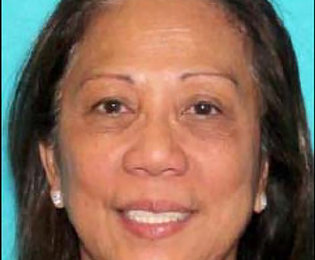 The hotel itself was placed on virtual lockdown after the shooting, guests said.

US President Donald Trump "has been briefed on the horrific tragedy in Las Vegas," according to White House Press Secretary Sarah Sanders.

"We are monitoring the situation closely and offer our full support to state and local officials," Sanders said.

"All of those affected are in our thoughts and prayers."

Read more at CNN and The New York Times, BBC