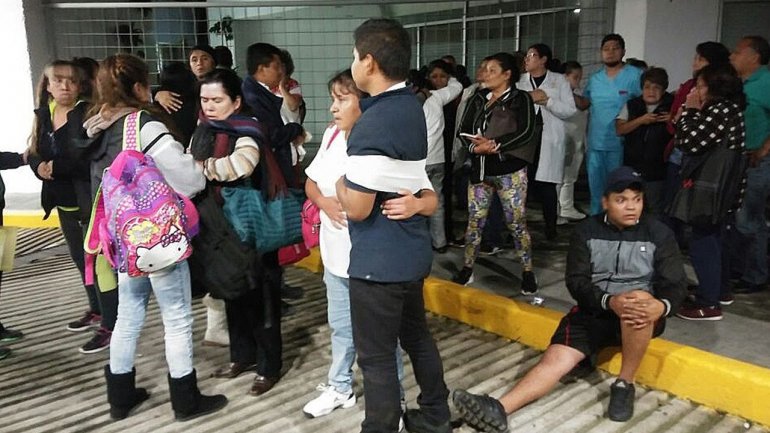 The death toll in Mexico has risen to at least five people, including two children in Tabasco state.

Tabasco Governor Arturo Nunez said that one of the children died when a wall collapsed, and the other was a baby who died in a children's hospital that lost electricity, cutting off the supply to the infant's ventilator.

The other three deaths were in Chiapas state, in San Cristobal de las Casas.

The governor of Chiapas says that at least three people have been killed in his region.

He also said that the quake damaged hospitals and schools:

"There are damages in hospitals that have lost energy. Homes, schools and hospitals have been affected."

The quake hit offshore in the Pacific about 75 miles southwest of the town of Tres Picos in far southern Chiapas state, the US Geological Survey said, putting the magnitude at 8.1.

Mexico's seismologic service however gave a magnitude of 8.4, which if confirmed would be the most powerful ever recorded in this quake-prone country.