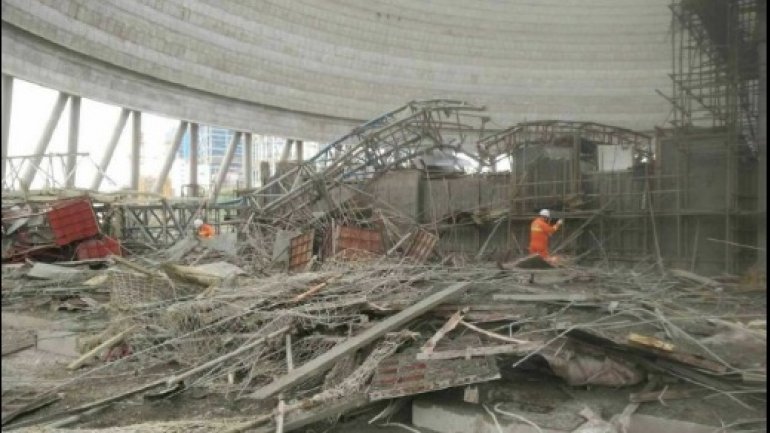 At least 40 people have been killed after a platform collapsed at a Chinese power plant, according to state news agency Xinhua, CNN reports.

A number of people are still trapped under scaffolding at the site in Fengcheng city, in the southern province of Jiangxi.

The platform had been built around a cooling tower which was undergoing repairs, Xinhua reports.

Sixty-eight people were working on the platform at the time of the collapse, according to China's State Administration of Work Safety.

More than 200 firefighters were deployed, as well as search and rescue dogs.

Images from state broadcaster CCTV showed a pile of twisted metal and dozens of rescue workers searching for victims under the rubble.