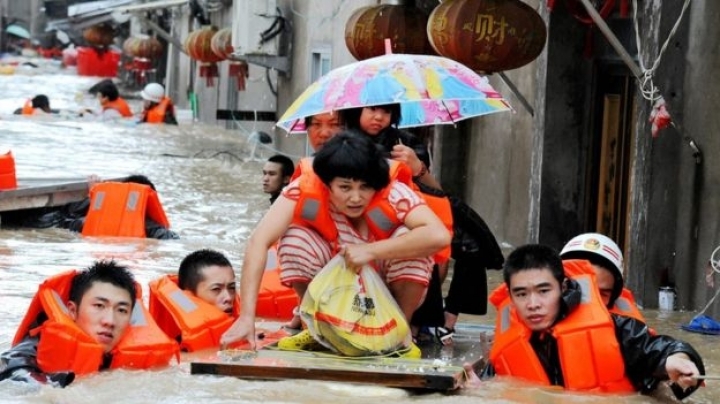 Twenty seven of those are from Sucun village in Suichang county where homes were swept away.

A video on state media Xinhua showed a mass of debris sliding down the mountain.

The heavy rains came with Typhoon Megi, which hit China on Wednesday.

Local authorities say they have mobilised heavy equipment and over a thousand people to help with search and rescue efforts.

Residents have also been relocated to safer areas.

Thirteen people in the village have since been rescued, Xinhua said.

At least one person has been confirmed killed by the storm in Fujian, with millions of homes left without power following severe flooding.

State media said some areas of Fujian saw more than 300mm of rain in two days. Similar levels were reported in Taiwan.