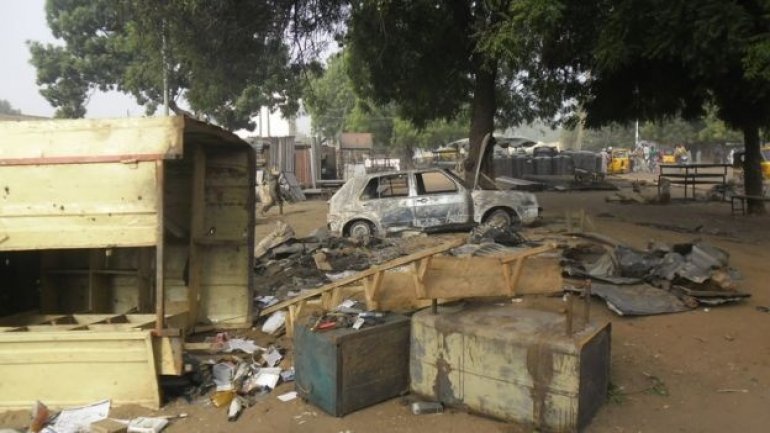 At least 30 people have been killed in a suicide bomb attack in the north-eastern Nigerian town of Madagali in Adamawa state, the army says.

No group has said it was behind the attack.

But Islamist militant group Boko Haram has been waging a seven-year insurgency against the government and often uses suicide attacks.

Dozens of others were wounded in the bombing, army spokesman Major Badare Akintoye said.

The two bombers, who were "disguised as customers, detonated their suicide belts at the section of the market selling grain and second-hand clothing," local government official Yusuf Muhammad told AFP.

Boko Haram occupied Madagali for several months until it was driven out last year.

A regional force has retaken most territory under the group's control in the past 22 months.