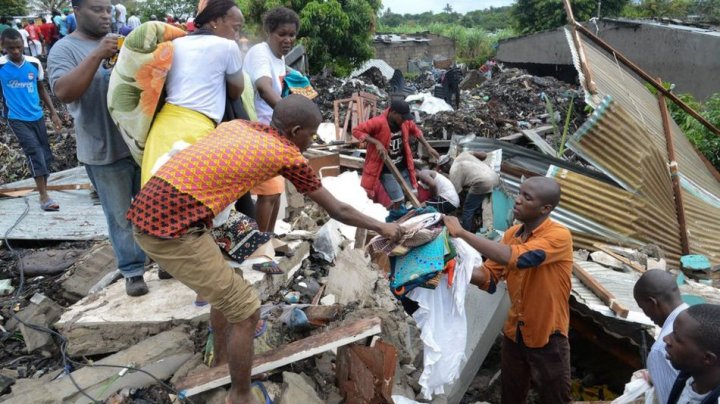 At least 17 people - including children - have been killed in Mozambique's capital, Maputo, and many more injured after a huge mound of rubbish collapsed, officials say.

The dump is known to be home to some of the city's poorest residents, who build makeshift camps amid the rubbish.

Five homes on the edge were also crushed in the disaster.

Rescue workers are continuing to search for survivors.

A spokesman for the emergency services, Leonilde Pelembe, warned it was likely there were more victims under the waste.

"The information we received from local authorities is that the number of people living in those houses exceeds the number of deaths recorded," Mr Pelembe said.

The Hulene district of Maputo is one of the most deprived parts of the capital. Many, including children, have little choice but to make their homes either on or next to the dump.

The dump not only provides them with food but also goods to sell, our correspondent Jose Tembe explains.