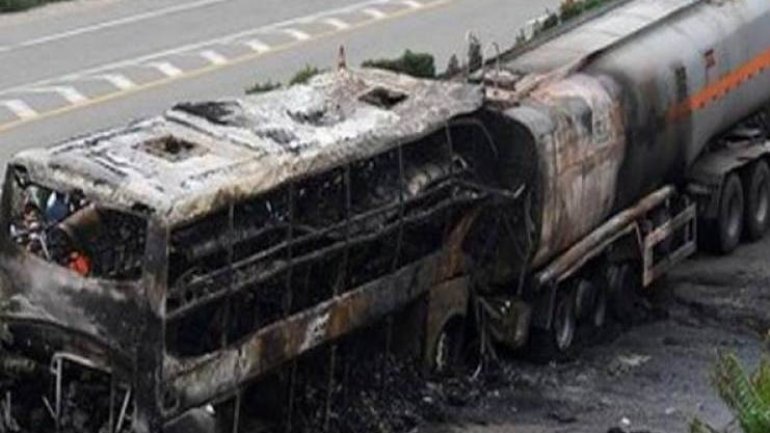 At least 14 people have been killed after a bus collided with a fuel tanker on a motorway in western Afghanistan, officials say according to BBC.

More than 40 others were injured in the accident on Sunday, said Mohammad Naser Mehri, a spokesman for the governor of Farah province.

The bus was travelling from the western province of Herat to the Afghan capital, Kabul.

It is not yet known how the incident occurred.

"Around a dozen of the wounded are in critical condition," Mr Mehri said.

Separately, four people were killed when another bus overturned late on Saturday in the south-western province of Nimroz, Afghan officials said.

Accidents are common in Afghanistan, where roads are often in a poor state and motorists travel at high speeds. Hundreds of motorists die every year.

In May, a collision between two buses and a fuel tanker on a main road in Afghanistan killed 73 people and injured more than 50.